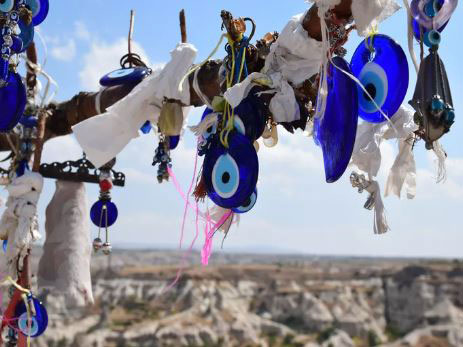 The thing I really miss in this new Covid world is traveling, and I’m not the only one. I know Air Canada does! Clark and Devon traveled a lot, they get a lot of their ideas and inspiration from traveling. I often tag along on their little adventures, and it is an adventure, a gastronomical one. You have to accept a couple of things: one, that you will stretch your stomach to its limits; two, you will be sick from eating so much food; and three you will find it more fun that you expected. So, come with me and get a glimpse of what it is like to travel with these two.

Standard Disclaimer: please know that I love these 2 gentlemen very much. I really do. But, there are moments, exceedingly rare in occurrence, but moments where I have imagined in very intricate details, I might add, simultaneously murdering them. The search for the “The Doner” was one of those moments. In September 2018 we took a trip to Turkey. I was weeks into my first pregnancy at this time. I found out the day before we left for our trip. It may have played a role but still I don’t think I was the unreasonable one.

I knew that Clark and Devon were excited. They planned every second of the trip. This is Day 1 of their schedule: 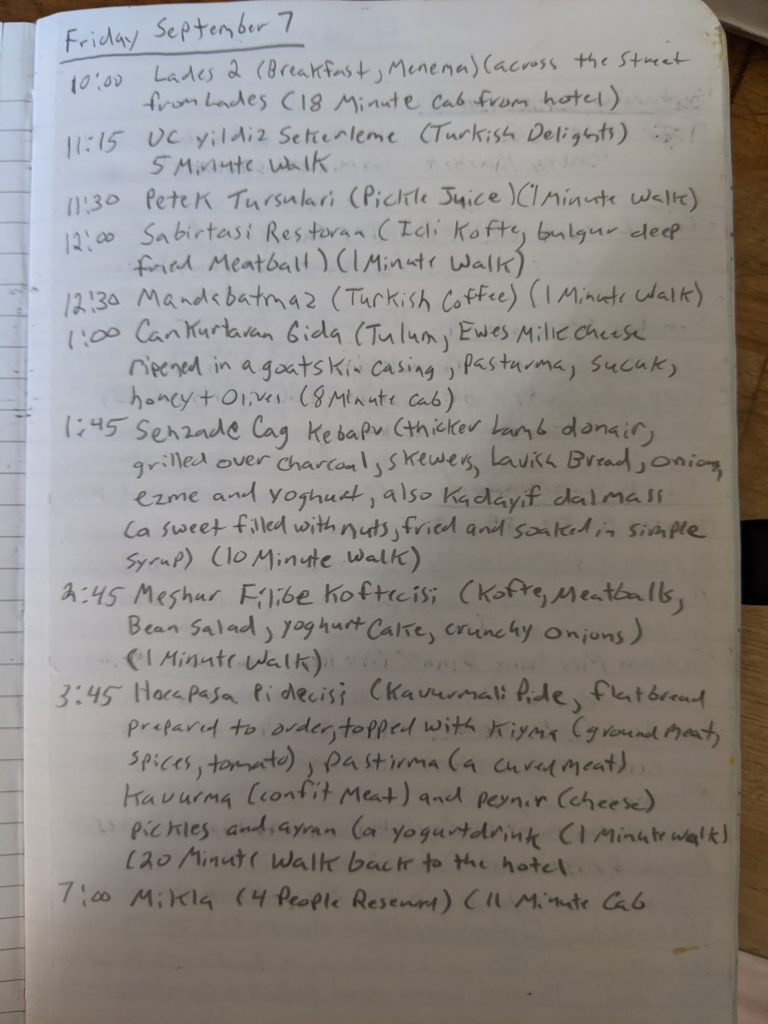 Clark’s old school, he likes to write everything down. He knows what he wants to try from each place and how far the next place is. For those who aren’t highly trained on his penmanship like us, here is a snippet of that schedule:

Look, I’ve traveled with them so often and this is a common schedule. You eat and you walk. The exercise is necessary, trust me. You have 2 breakfasts, or 2 lunches, or 2 dinners or all of the above. They try everything more than once, deciphering the best recipe. For example, during that trip we went to 12 Turkish meatball shop, 3 of them was on Day 1 (2 scheduled and 1 impromptu meatball shop). You stop at markets and you try a row of hot sauces, local fruits, vegetables, cheeses, almost everything. They research every single food vendor. They find the weird and wonderful things you would never think of. I mean who else would crave warm, drinkable pickle juice!? It’s just how they roll. 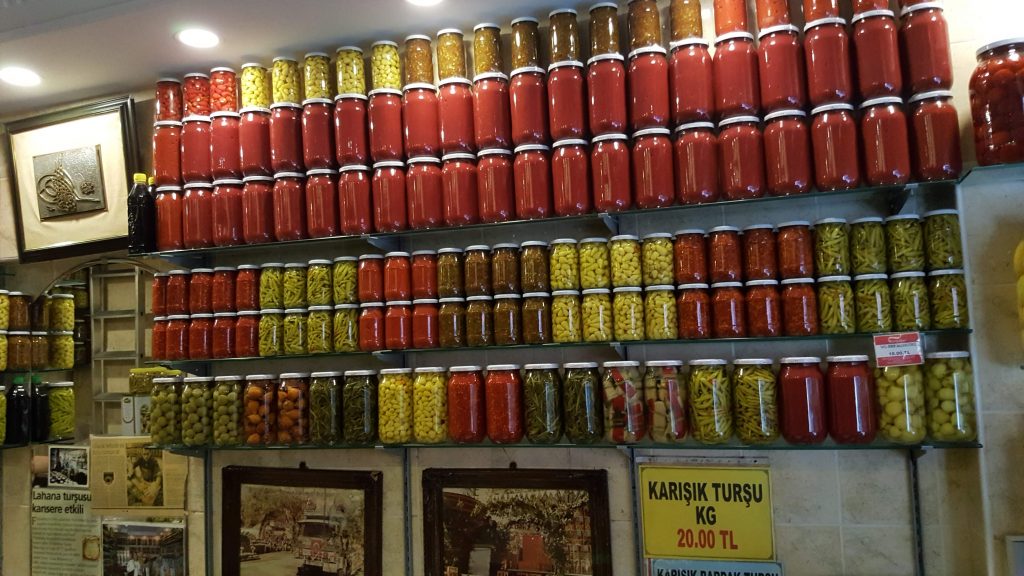 After Day 1, I was glad that there was only one goal for Day 2, and that is to find the best doner in Istanbul. Rumour has it the place to go to is Tarihi Karadeniz. I woke up on Day 2 tired and groggy. It could be the massive amount of food that was still digesting in my stomach or it could be the fetus growing inside me. I couldn’t discern between the two. According to Clark Tarihi Karadeniz is only a 20-minute walk from our hotel. So, I didn’t protest too much. But, It was a cloudy day, I was afraid it was going to rain plus I was feeling a little sick so I suggested we just take a cab. Clark convinced me that a walk would do me some good. “A little exercise before we gorged ourselves,” he said.

Istanbul is a beautiful city, a mix of modern amenities and ancient networks. We were able to navigate the city pretty well on our first day, giving us a false sense of confidence. Our ’20-minute walk’ started this way: two blocks out a man tried to sell us an umbrella for 5 Lira, we said no, 10 minutes later it began to rain, a torrential downpour. Later, we would find out that the street by our hotel was flooded for hours, so when I say torrential downpour I’m not exaggerating. Fortunately, another man was selling umbrellas. The price was now 20 Liras, a 400% increase and a great lesson on supply and demand! Water was not only falling from the sky but was also running down the streets. Finally, I looked at both of them and strongly insisted on a cab. After a few minutes we were able to hail one. The driver took one look at us, 2 tall Canadians and a much shorter one, soaking wet from head to toe, and you can tell that he instantly regretted his decision. We told him the address and his dissatisfaction noticeably grew. He said something indiscernible, possibly rude, but I didn’t care, I was happy to be out of the rain. But, my happiness lasted for about 5 minutes as that is how far he drove before he told us that he won’t drive to the restaurant. He pointed towards a street and told us it was only a 2-minute walk.

As I huddled cold and wet under a small canopy, I watched Clark and Devon fiddle with their phones for directions, and I thought about the tea and Turkish delight I could have been having in our hotel’s rooftop restaurant.

“Are you sure?” I asked. He replied with great confidence, “Yes, very close.”

One thing about Clark and directions, they typically don’t work well together; but he sounded confident so we followed. As we started walking away from my small canopy, my only refuge, the rain began to come in sideways. The sidewalks were a massive puddle, but we trudged on fuelled by Clark’s confidence and determination. After a few minutes, I saw a doner shop and thought ‘Hallelujah! Jaffar!’ (Boondock Saints reference). But, before I can cry it out, Clark yelled from behind me; “That’s not it. We have to go down this alley,” while pointing to his left.

It wasn’t an alley at all but a very narrow road. Lining both sides of the road are small shops and outdoor stands, crowding it further. This is probably the reason why the cab driver refused to drive us. The end of the road broke to six different directions like spokes on a bike.

“Where to now genius?” I said very sarcastically.

At this point I was visibly annoyed. I can tell that Clark was lost and I was tired and hungry. I was a very hungry pregnant lady. I could have gotten away with murder with that mental state. Devon noticed the red hue on my cheeks and the angry smoke emitting from my head. He looked down at his phone and pointed to a direction while confidently saying, “It’s this way”.

He led us through a maze. Every road we took split into more than 4 directions. Devon expertly weaved through the crowd, dodging people looking for shelter from the rain, not hesitating on every turn he made. Meanwhile after every turn, we were passing doner shops after doner shops. I kept pestering them; “Is this the one? Is this the one? How about this one?” but the answer was always no. After the 10th doner shop we passed I had it. I was also losing faith in their belief that this was the best doner place in Istanbul. It’s a doner in Turkey, I mean isn’t this like trying to find the best poutine in Canada? It’s all subjective. This is the “glitch” of Clark and Devon. The restaurant has been in business since 1973 and it is the same man making the doner. Clark and Devon are compelled to find it like bees to honey. They need to taste it, to know first-hand what makes it great, and they will walk for hours even in torrential rain to find it.

As I watched them look at their phones for the hundredth time, I looked at mine and noticed that we’ve been walking for more than an hour. A 20-minute walk my arse! At this point I considered yelling for help, telling the police that these 2 strange men kidnapped me, hoping Clark and Devon rot in a jail where they are prevented from having doners for the rest of their lives. Yes, I was that mad and was losing patience by the second!

“Can’t we just call it a day?” I asked not hiding the frustration at all.

I know that Clark was a lost cause, he gets something in his head he will do everything he can to complete it. Devon, on the other hand, Devon I can turn to my side. He is always reasonable and at that point I knew I was the voice of reason. If I can convince Devon that this was hopeless then Clark will have no choice but to abandon his quest. Majority rules!

“We are lost and the last shop we passed looks fine. We can find it tomorrow,” I added.

Adding that last part was my mistake. They both knew instantly that this was a lie. They were never going to convince me to look for this place again, not the next day, not ever. Devon the skilled politician that he is, replied “I think it’s just down this street to the left.” He took off before I can protest any further.

I looked up the sky and tried to will lightning to strike them dead where they stand. Before you judge me to harshly, remember I was pregnant, and you know…hormones…but fortunately for both of them I was incapable of controlling lightning and Devon’s gamble paid off, it was just down the street! 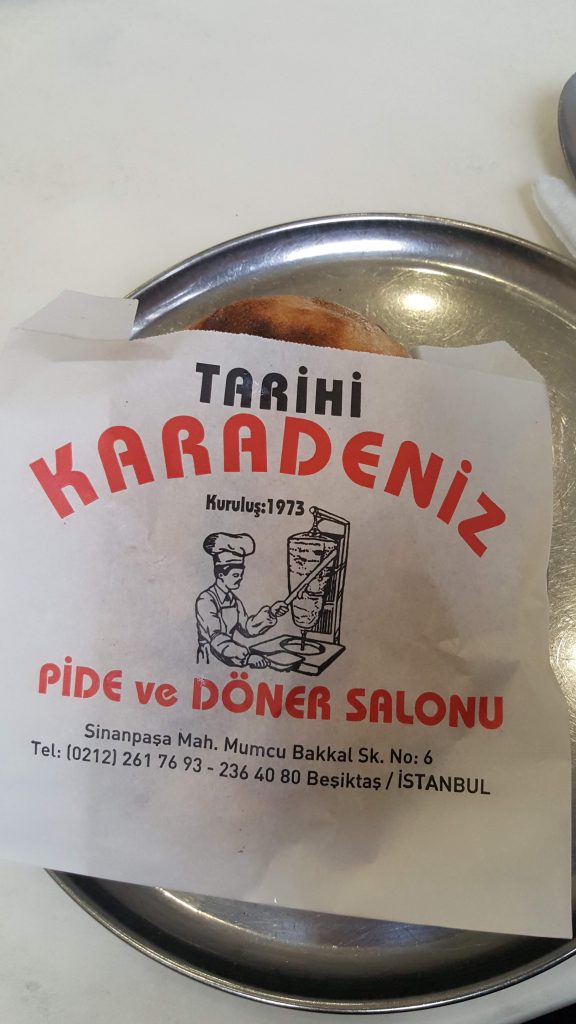 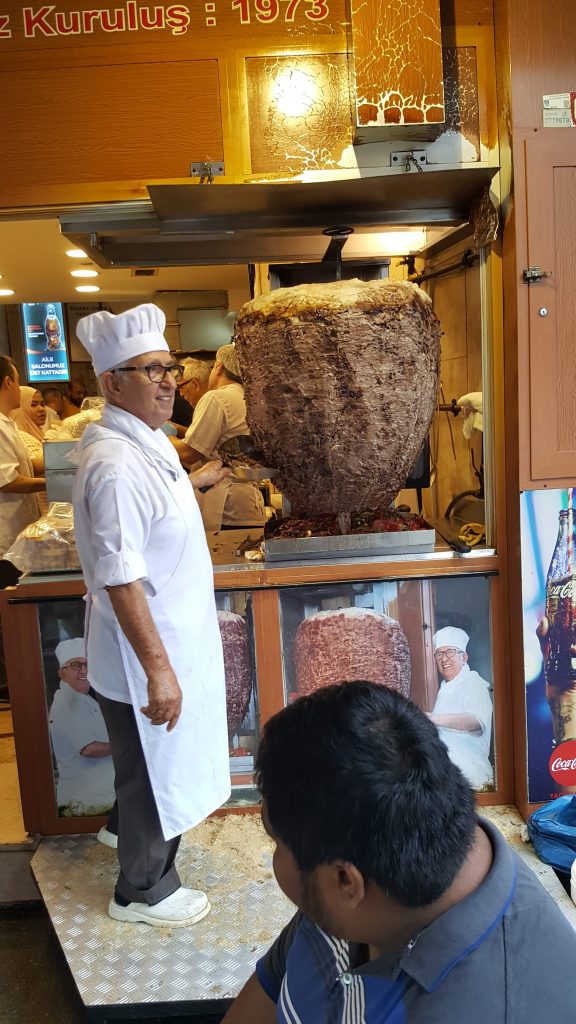 The man standing in front of the largest rotating meat wheel I have ever seen is the owner. It is obvious that he loves what he does, look at that smile! I mean, how could he not, don’t you see that large piece of meat he gets to hang out with all day!!!

I want to tell you it wasn’t worth the trouble, but that is a lie. It was a great doner. Maybe the best one I’ve had, so far. What made it so great was its execution. There are probably spices in the meat I don’t know, that’s Clark’s job to figure out, but I remember it to be perfectly cooked. It was tender, perfectly seasoned, and had the right balance of char. The pita bread was perfectly made soft, chewy, and warm which I appreciated. The charred tomatoes and peppers were a great touch. They complemented the meat well. These were simple ingredients, but it was cooked and combined perfectly and that’s what made it exceptional.

This is the struggle in this business because that sounds like its an easy thing to do cook and combine things perfectly. It’s one of those things that is harder than it looks. To make something great is not just about cooking the “star” of the dish perfectly. It’s finding the perfect combination and cooking them all so that they perfectly go well together. It’s understanding different flavors and how they will taste together and separately. Mess up one thing in the combination and it is the difference between great to good to bad. Food is so subjective too; everyone’s tastes are different. So how do you compel people find this little doner shop surrounded by countless other doner shops in a torrential downpour? Remember, this man has been making doner for 46 years. He’s clearly passionate about it. He made it look easy; but I bet that it demanded, and still demands, time, motivation, and undoubtedly persisting through a storm or two. 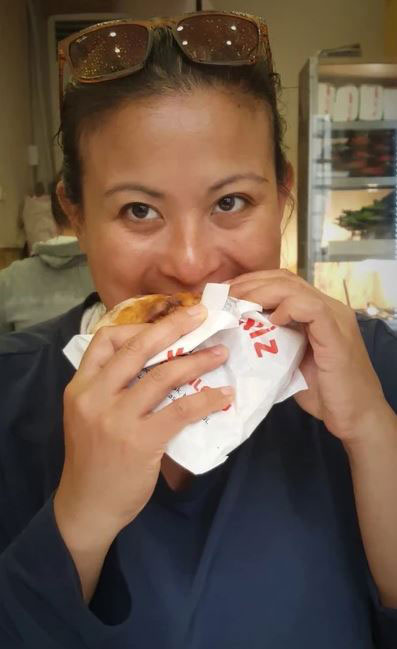